Many advertisers web sites are only published in one language, but those that are available in multiple languages can benefit greatly from serving ads that match the language preferences of their visitors.

When you visit a web site, your browser sends an Accept-Language header that describes your language preferences. For example, if you speak both Spanish and English you might configure your browser to ask for Spanish first but accept English if a Spanish translation is not available. The ad server uses these cues to make an informed decision about which translated ads should be shown to visitors.

In this example we'll create a campaign that has both English and Spanish media, but keep in mind that there is no limit to the number of languages you can provide in a single campaign.

If everything went according to plan, you should see either the English or Spanish version. Of course, which one you will see depends on the language preferences set in your browser. I'm going to assume that most of you will probably see the English version if you're reading this blog. 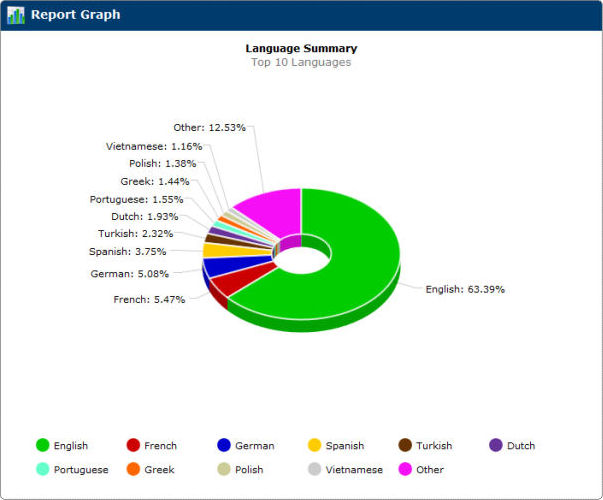 Taking a closer look at the CTR for your non-primary languages may result in some disappointment. Is it really that surprising though? If you speak English primarily are you going to be drawn in by ads that are published in Spanish? No. So, I would say that if your advertisers web site is available in any additional languages that a good percentage of your visitors might prefer it would definitely improve your CTR from those users if you started running multilingual campaigns to cater to them. Just something to think about!

Mike Cherichetti
Mike Cherichetti is the CTO and co-founder of Renegade Internet. He has been leading the development of AdvertServe since 1998. In addition to computer programming, Mike enjoys playing poker and running racks of 9-ball while his code compiles. He is also addicted to hybrid woodworking and can often be found making sawdust in his shop.
← Testing Geographic Ads
AdvertServe Q1/2014 Update →