The only way you were able to deal with such situations was to break the campaign out into a secondary advertiser account so you could make the two accounts compete with each other, but that was never an ideal workaround because it split the advertisers reports between two accounts.

By introducing campaign-level competitors, you now have a much more effective way to deal with such situations when they arise.

Setting up campaign-level competitors is very easy. As you might expect, they can be set when creating or editing a campaign. We simply give you a list of the advertisers other campaigns to select as competitors as you can see in the following screen shot. 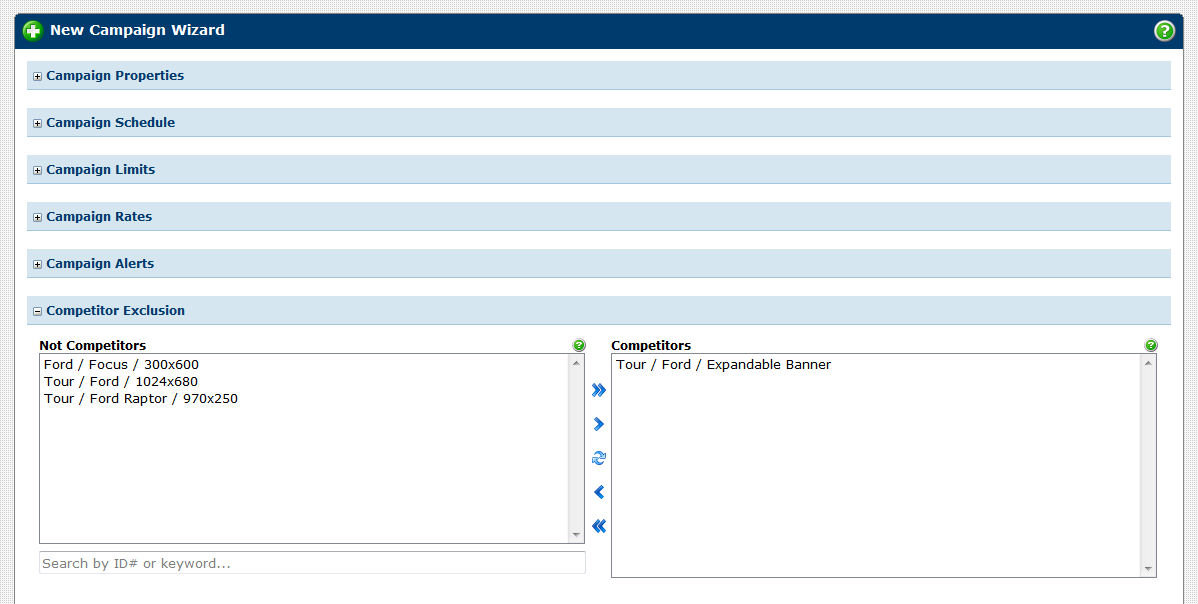 So, here, I am creating a new campaign that I do not want to run on the same page as Ford's expandable banner campaign.

Mike Cherichetti
Mike Cherichetti is the CTO and co-founder of Renegade Internet. He has been leading the development of AdvertServe since 1998. In addition to computer programming, Mike enjoys playing poker and running racks of 9-ball while his code compiles. He is also addicted to hybrid woodworking and can often be found making sawdust in his shop.
← Google Analytics Link Tagging
Development and Staging Sites →